Sonido means "sound" in Spanish - travelling through Colombia about 4 years ago, one of my distinct memories was the sound of blaring Vallenato music coming out of tiny grocery shops at all hours of the day in Taganga, a small coastal fishing village, in the north of the country. Colombia is one of the great travelling destinations in the world. It has beautiful beaches on the Caribbean north coast, bohemian city university life in the capital Bogota and incredible partying in the city of eternal spring Medellin.

Melbourne is proud to be a multicultural melting pot - we are certainly a migrant city here. Immigration has come to this city in waves, starting with the Italians, Greeks, Jews, then from Asia, the Sub-Continent and Africa. The next wave is already underway - the South Americans are coming (if they aren't already here) and we are the ones who are going to benefit. The injection of the Latin American culture, can only add more to this city. 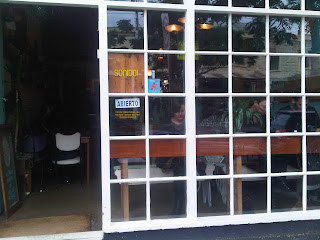 And so with the next wave starting, I was overjoyed to read that a Colombian cafe had opened up in Fitzroy. So on a lazy Saturday morning a good mate of mine and I ventured north of the Yarra - the lowlight of the day was the drive cross-town which is surely the worst drive in Melbourne. 45 minutes after setting off (yes, to get from Elsternwick to Fitzroy), we arrived. 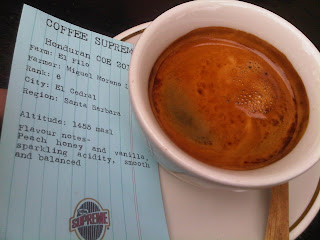 My mind always wanders when I think of Colombia, so back to Sonido itself. Colombians are renowned for their hospitality and Sonido is no different. The staff are all friendly and when we asked to sit inside (which can trigger death stares at other places), they were more than happy to accomodate. Similarly when we asked for advice on the menu, we were given some really helpful recommendations.

The major highlight for me was the coffee - great deep flavour and served with a note on its origin which was a unique and interesting touch. I'd rate it up there if not better than the usual suspects. 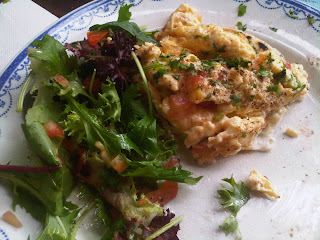 The food itself was ok but nothing to get too excited about - we both had a scrambled egg / arepa (traditional Colombian maize pancake basically) / salad combination with an empanada. Both me and mi amigo were thinking the dish was lacking a bit of balls that some sliced chorizo would have easily fixed. 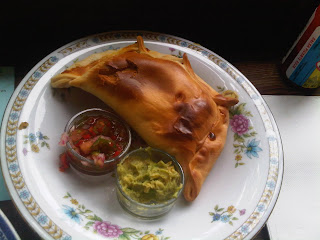 The empanadas were flavoursome, one filled with chorizo and fried, the other filled with mince and baked - good but not as quality as I remember them bought from the road-side in South America (nor were the pico di gallo / guacamole sides that special, but passable). 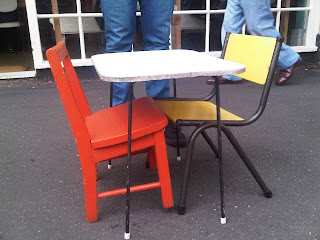 After flicking through the pages of a travel book with images of Bogota, and looking wistfully out the window recalling vivid memories (some more vivid than others), I was happy that there was a place in Melbourne which would take me back there, albeit without serving the traditional Agua Ardiente!
Posted by BigRed at 6:53 AM